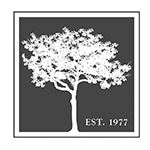 The History of Locust Fork

While traveling south with his troops, General Andrew Jackson camped at the fork of the river in 1813. General Jackson carved his name in a Locust tree naming this area Locust Fork.

In 1817 the Hanby family came from Virginia and settled in this community on a tract of land near the Polly Martin Ford on the Warrior River. They built a three-story log house used as an inn. Gabriel Hanby died in March 1826 and is buried in the Hudson Cemetery. He is credited with being the first Blount County citizen to represent Blount County in the Alabama State Legislature.

In the early 1800s Nick Hudson built a public inn in what is now Locust Fork. He erected barns to shelter the horses and hogs of the Tennessee farmers who drove them to the deeper South for a more profitable market.

The first church in the community was built by slave labor near Robinette Springs. Tabernacle, a Methodist church, was used for both school and church activities.

In 1921 a new school building was erected. Another classroom was added the following year and in 1928 two more classrooms were added. In 1937 with Works Progress Administration (WPA) assistance, a new high school was constructed. On January 10, 1961, the school burned. A new building is now located on this site.